Northern Lights in Iceland: How to photograph

Seeing the Northern Lights is at the top of the bucket list for many and renting an „Aurora Explorer“ camper van from Cozy Campers is a great way to see them when in Iceland. The best way to keep those memories fresh is to photograph them, but it is not as easy as to take up your phone and snap a photograph. 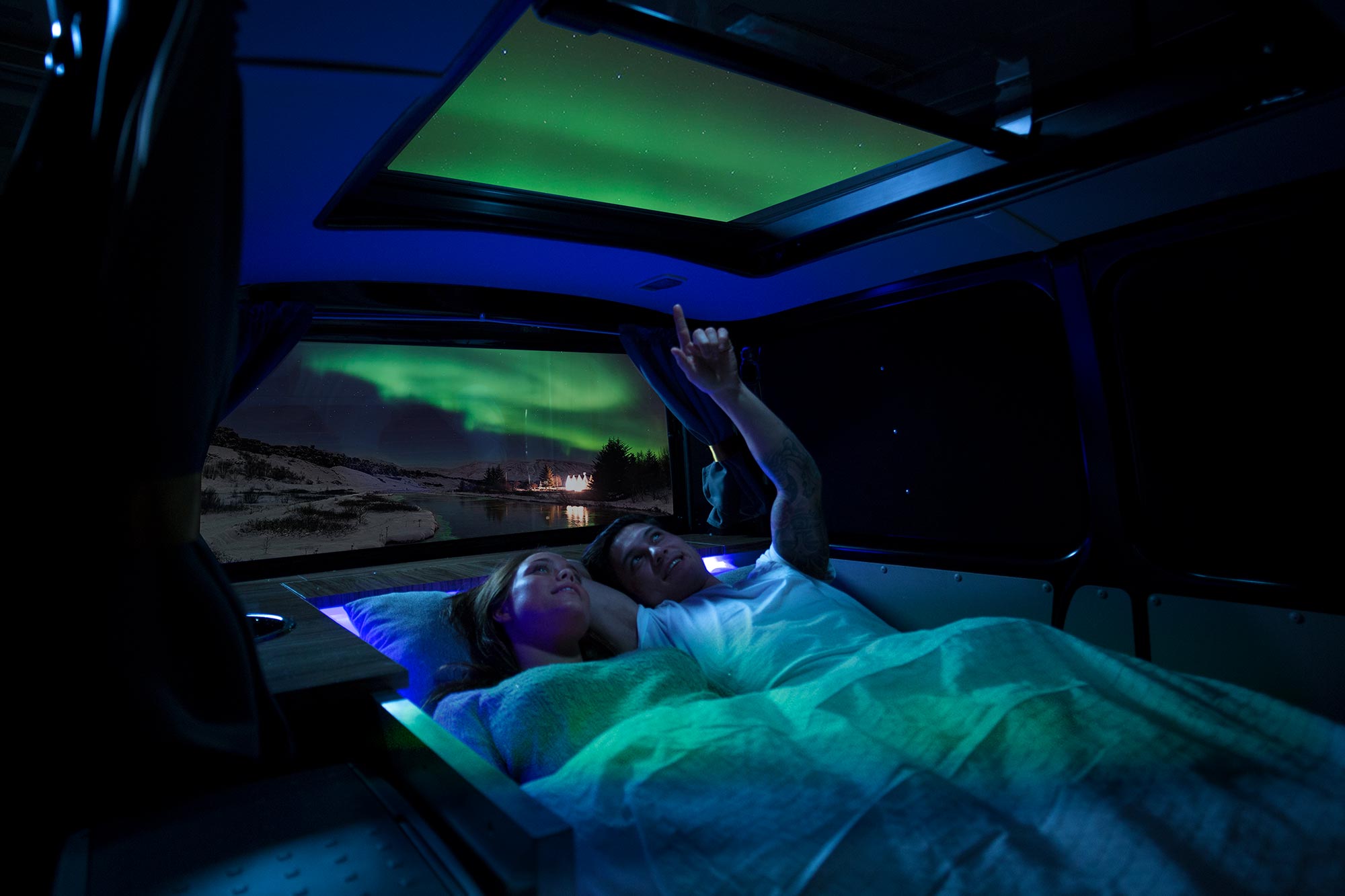 You will need a fairly good camera, which allows you to change the ISO and aperture settings, a tripod and preferably a wide-angle lens.

These are the basic settings for photographing the Northern Lights:

What are the Northern Lights?

The Northern Lights can range in color from green and yellow to blue and purple. Sometimes they are so weak we cannot see them with our eyes, but the camera could be able to catch them.

The Northern Lights are the result of the collision of electrically charged particles that come from the Sun during solar storms and enter the Earth’s atmosphere.

We recommend you dress warmly when photographing the lights; it can get rather nippy and cold. Layers of warm clothing are best, sturdy shoes as well as a hat, scarf, and mittens.

When do you see the Northern lights?

The skies need be dark and at least partly clear of clouds to be able to see them. You also need solar storms, and it is often better to see them later in the evening rather than earlier, but just have a look out.

Check out the Aurora forecast here.