The Puffin – the accidental Icelandic mascot

Travellers in Iceland will notice that all souvenir shops and even some petrol stations have been overrun with all kinds of puffin memorabilia.  To Icelanders, it is a bit weird because until recently puffins were not the animal Icelanders associated with the country. It was usually the Icelandic horse or Arctic fox, but suddenly the puffin was the main attraction. The souvenirs are so common now, that Icelanders have begun calling the souvenir shops Lundabúðir or Puffin shops. 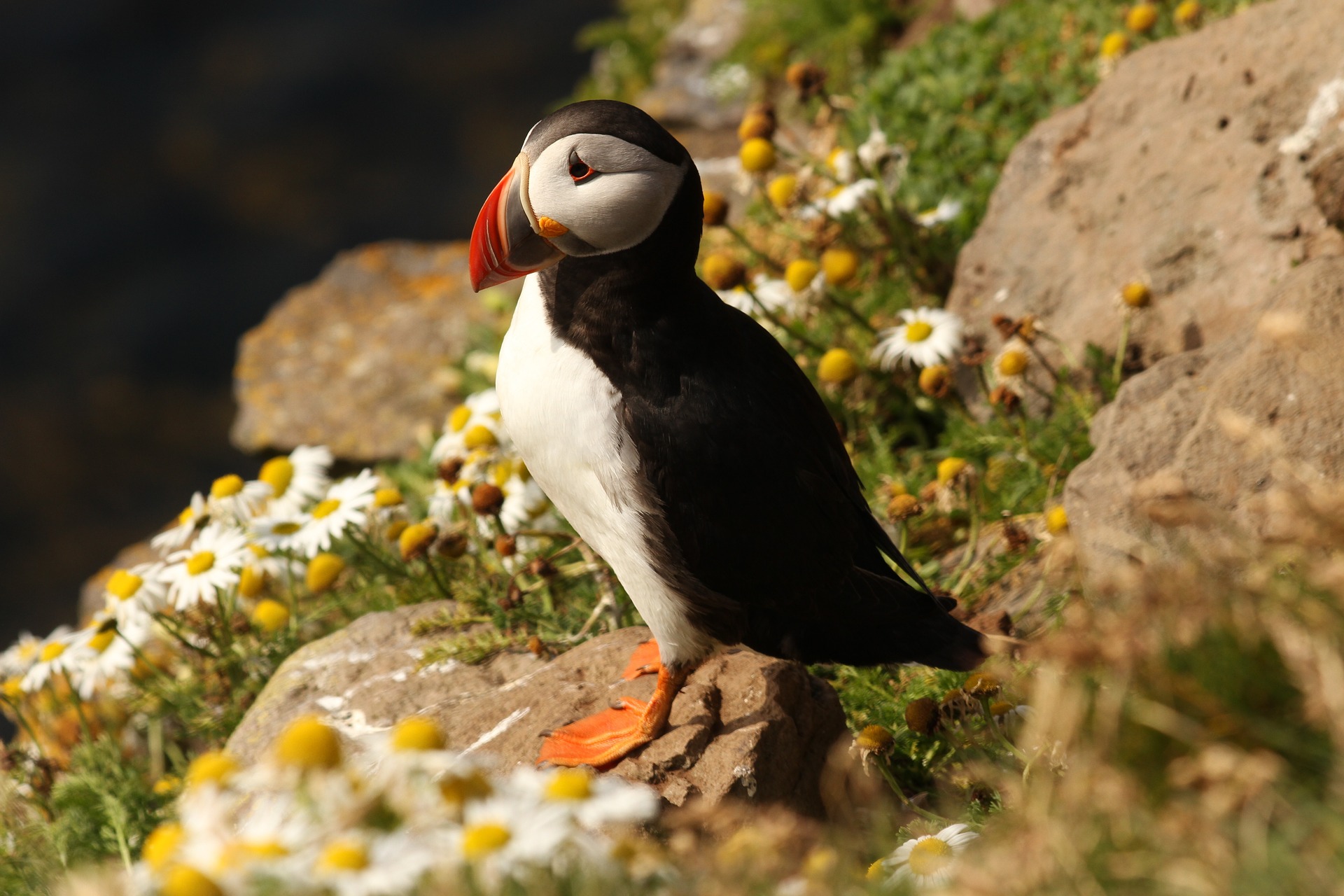 Many Icelanders did not understand because the puffin is a migratory bird and it is only possible to see it here during the summer months. Horses and foxes can be found in Iceland all year round. But there is a simple explanation for this. The puffins are colourful, they are a bird that people do not generally see, they are fun to watch, and they are endangered.

The biggest Atlantic puffin colony in the world can be found in Iceland but over a million birds nest in South and North Iceland over the summer months, which is about 60% of all Atlantic puffins. They have been slowly migrating to North Iceland since their main source of food; the lesser sand eel has been migrating north due to higher temperatures of the ocean.

But since so many puffins nest in Iceland, the bird is not considered endangered here and is hunted for its meat and eggs.

Penguins of the north

The puffin is similar in colour and behaviour to penguins and is thus the penguins of the northern hemisphere so to speak. There are three species of puffins in the world, but only the Atlantic puffin migrates to Iceland. It is white and black with a colourful beak.

During the winter months, which the birds spend out at sea, their body becomes much darker overall and the beak loses its colours.

Between May and August, it is possible to catch sightseeing tours which take you to the puffin colonies around the country.